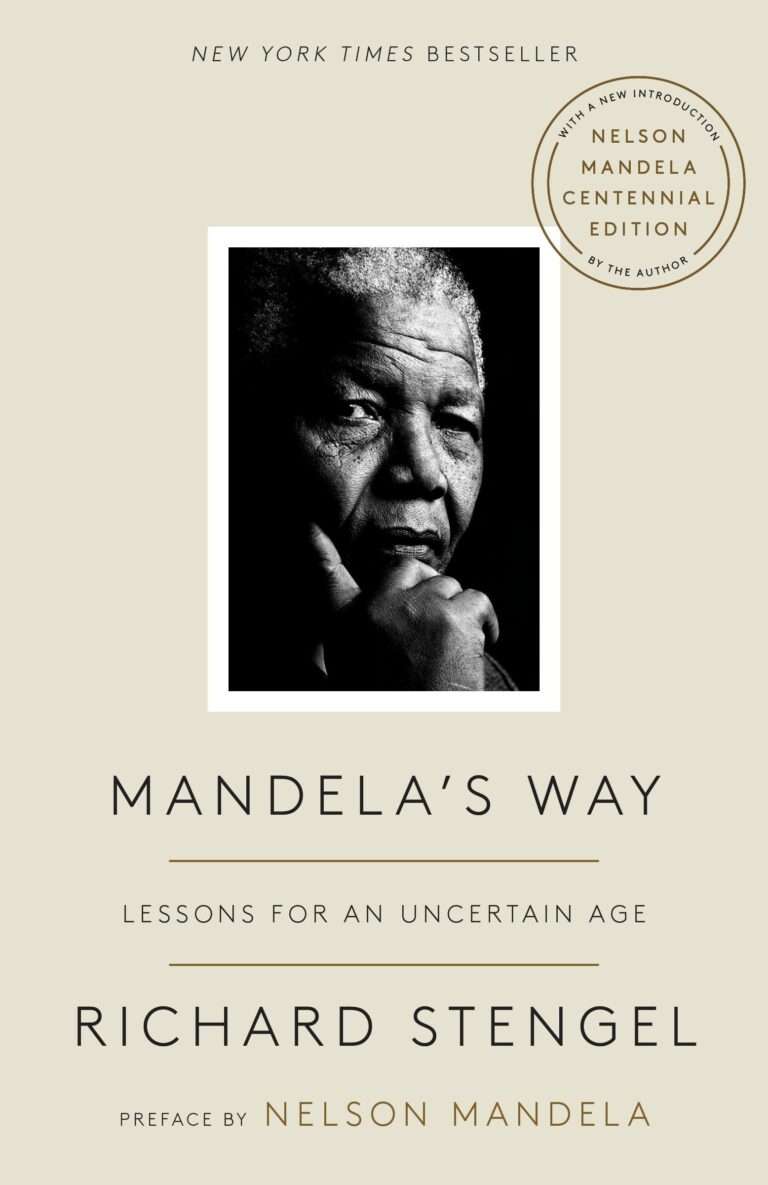 Emotional read from the first pages with a lot of Golden nuggets and quotes. A beautiful moment - especially when you read it during a pandemic and in the middle of the US elections...

A Time editor and collaborator with the Nobel Peace Prize winner on Long Walk to Freedom shares life lessons distilled from their long conversations, describing the experiences that led Mandela to believe such edicts as keeping one's rivals close and courage being more than an absence of fear.

Whether as a political prisoner or as the democratically elected leader of his country, Nelson Mandela, now 91, has been a global symbol of endurance and hope for nearly half a century. Time editor Richard Stengel has spent hundreds of hours—more than any other journalist—in conversation with the hero of the South African antiapartheid movement, and draws on those talks for the new book . Below, some hard-won wisdom.

Gamble on goodness: Mandela always gives his adversaries the benefit of the doubt, sometimes to his regret (for example, South African president F.W. de Klerk won Mandela's praise but later proved disloyal). His rationale: "You tend to attract integrity and honor if that is how you regard those with whom you work."

Wear a brave face: Imprisoned in the early 1960s, a time when prisoners in South Africa were often beaten and tortured, Mandela stood up to an abusive guard. "You dare touch me, and I will take you to the highest court in the land," he declared. "By the time I am finished with you, you will be as poor as a church mouse." The guard backed down. "I was frightened," Mandela later said, "but one had to put up a front."

Create a sacred zone: In the early 1970s, Mandela began keeping vegetable gardens on prison grounds. (His first plot was a rocky patch measuring just one yard wide; lacking tools, he had to dig with his hands.) In so doing, he not only found a way to supplement his fellow inmates' scanty diet with fresh vegetables—he cultivated a place apart, a pocket of calm amid harsh realities. "You must find your own garden," he advises, simply.